We have other flavours wrapped in various colour foil to suit various events and occasions making them ideal to give as small gifts or to give as wedding favours or even add to gift baskets.

For the ultimate luxury, Gudrun have smooth hazelnut praline covered in a white creamy chocolate heart and wrapped in gold foil.

Gudrun White Chocolate Princess Hearts are a perfect gift for wedding guests, lovers or just to buy to treat yourself to a few moments of delicious self-indulgence!

If you are planning a party for girls, or have friends that are passionate about pink, then we have the ideal gift or treat, with the delicious Gudrun Milk Chocolate Scarlett Hearts filled with smooth creamy caramel, they are truly irresistible!

For coffee lovers Gudrun have create the ultimate blend!

The Guinevere Purple Foiled Dark Belgian Chocolate Hearts, are filled with a rich, pure coffee cream filling that is smooth and satisfying.

In a classic deep red heart, Gudrun have created a sweet blend of Belgian milk chocolate with a creamy ganache filling.

The Gudrun  Milk Chocolate Aida Hearts in Red Foil melt in the mouth as the thick milk chocolate melts exposing the rich ganache inside.

With so many colours and flavours to choose from you are sure to find the perfect Chocolate Heart for every occasion.


Shopping for novel and alternative gifts for Easter is easy and fun at TAOS Gifts, just find the little Easter Chick on the top left of our website and the cheery little chick will direct you to some brilliant and tasty gift ideas for the Easter Holiday.

If you are looking for something slightly unusual take a look at the Bloomsbury range of chocolate bars, there are various fun designs to choose from, and specifically with easter in mind there is the brilliant Bloomsbury & Co Flat Pack Belgian Milk Chocolate Easter Egg.

It comes with full instructions for assembly if you fancy the challenge, or you could just eat it as it is, highly advised if following the important note on the packaging;
Important notice: the makers of the amazing flat pack chocolate easter egg offer no warranty either explicitly or implied as to the success of your endeavours when attempting to assemble this product. As you can imagine, working with chocolate is not easy and requires a high level of skill.
Therefore your chances of completing the task to a satisfactory standard are, in a word, slim.

With a funny spin on the three wise Monkeys, Bloomsbury & Co have created the Three Wise Bunnies.

A delicious bar of creamy Belgian Milk Chocolate in fun packaging with three chocolate Easter Bunnies on the cover, hear no has no ears, see no has had been bitten so far down his poor little head he can’t see, while poor old speak no evil is now headless!

If you Prefer your Easter Bunnies with heads, we have those too at TAOS Gifts, Hamlet Easter Figures Belgian Chocolates with a Hazelnut Praline Filling are delicious chocolates with a smooth hazelnut centre.

Each chocolate is animal shaped and you will find not only a delicious mixture of Dark, Milk and White Creamy Chocolate, but a sweet little range Easter figures, each box contains an assortment of eggs, rabbits, ducks, chickens and lambs in each box.

Whoever you are shopping for this Easter at TAOS Gifts we are sure to have just the gift you are looking for, including fun and novelty chocolate as well as chocolate alternatives, and no sugar added products suitable for special diets.

Ideal for special diets as it doesn’t contain any added sugar, the sweet taste comes from Stevia, a natural herbal sweetener that’s more than 200 times sweeter than sugar.

Stevia contains no calories and no carbohydrates,  and  has been used as an alternative to sugar for hundreds of years.

The Stevia plant is originally native to South America where the Guarani people have been using it for sweetness for hundreds of years.

The Stevia extract is taken from the Stevia plant which grows with a little help from nature’s rich soil, warm sun and generous rain.

There are many great flavours and fruity combinations to choose from.

Cavalier Dark Belgian Chocolate with Stevia is a rich dark chocolate that is rich in cocoa and has a delicious sweet taste from the natural herb.

As it contains Stevia, not sugar or artificial sweeteners it has no bitter after taste, no laxative effects and is kind to teeth!

Stevia has many significant benefits, for instance it does not have a laxative effect,  it is completely natural with a
huge sweetening power (300 times sweeter than sugar).

Only small quantities are needed,  it has been frequently tested and found to be 100% safe. Unlike some sweeteners, Stevia is totally non-carcinogenic, it is also stable when heated, hence suitable for frying and boiling.

Stevia is non-addictive, unlike ordinary sugar, for instance, replacing sugar with Stevia results in less plaque on teeth and fewer fillings.

Stevia contains zero calories and contributes to driving down obesity.

As well as all those benefits Cavalier have added a delicious fruity twist to some of their Stevia Chocolate range such as the tropical Cavalier White Mango and Raspberry White Chocolate Bar containing Stevia and dry chunks of fruit.

Nut lovers can enjoy luxury Cavalier Belgian Milk Chocolate with Hazelnuts also sugar-free as it contains the natural and sweet Stevia instead of sugar.

Cavalier Belgian Chocolate containing Stevia may be suitable for diabetics and others that have to follow special diets.

If you are looking for a healthier option, are on a strict diet Cavalier Belgian Chocolate containing Stevia could be just the treat you have been looking for!

Yes, research shows that Stevia is perfectly safe. Despite 10 years of research into potential downsides in quantities, no adverse effects are known of to date. On the contrary even, health benefits have been demonstrated with intake in higher quantities.

The EFSA, the European Food Standards Agency, is also convinced of this and has officially approved the use of Stevia.
Why are we hearing about Stevia only now?

Stevia has actually been used for centuries as a natural sweetener in countries such as China, Japan, Korea, Taiwan, Israel, Uruguay, Brazil and Paraguay. In Japan for instance Stevia is added to soft drinks as a healthy replacement for aspartame.

Due to the availability and the emergence of cheaper sugar and synthetic sweeteners, the effect of Stevia remained a well-kept secret in Europe.

In view of the socioeconomic importance of these sectors, over the past 10 years the politicians have reviewed the policy on sugar subsidies, resulting in refineries being closed.

This has created a gap for Stevia.


Mothering Sunday falls on the 18th of March this year, so there is still plenty of time to order you Mothers day gifts online.

With a beautiful selection of candles in stock there are plenty to choose from, but if you are looking for something specifically for Mum the Comfort Candle Mother Gift Set is a wonderful gift to give, already in a special gift presentation box.

It contains a round ceramic  tea light holder with a brass coloured lid, around the top of the candle holder are the words “Mothers are like sunshine that warms the heart….a gift that is given to us right from the start”

The Comfort Candle Gift Set comes with a matching photo frame,perfect for you to give to her with one of her favourite photographs. A beautiful and thoughtful gift that is easy to personalise with the addition of your own special photograph.

For You Mum, is a beautiful, collectible figurine from the More Than Words Collection by Arora Design.

A young girl is presenting her mother with a beautiful bunch of flowers, her Mother is kneeling down  and kissing her daughter as she accepts the gift from her child.

Each More Than Words figure is charged with emotion, expressing the special bonds that exist in relationships. The characters of our loved ones are easily recognised in the poignant poses which capture life’s most emotional moments.

Natural texture and subtle colours bring to life each individual form, giving them the power to express unspoken feelings straight from the heart. This exquisite collection of elegant figurines portrays deep emotions such as, the love between siblings and friends, the unspoken bond of a mother and child, and the romance of a special relationship.

If Mum loves chocolate, send her chocolate with love, our Mum Milk and White Novelty Chocolate spells out the word Mum with a love heart at the end.


We pride ourselves on top quality products, and to ensure our customers are always satisfied it is essential to sample the delicious snacks, treats and chocolate goodies that we stock for our customers.

As it’s nearly the weekend, now seems a good time for a serious working coffee break, so I shall start with a Mocha Coffee Flavour Macaron de Pauline by d’Haubry of Belgium.

Each Macaron is individually wrapped, so when I opened mine it was in perfect condition, a delicate crunchy biscuit made with fresh egg white, sun-ripened almonds and powdered sugar.

It is delicious, the biscuit crumbles with sugary goodness as I bite into it, it melts in the mouth and the creamy coffee centre is perfect.
The colours used in the making of the macarons are entirely natural. The filling is an almond paste based with natural colours and enriched with the product that is the flavour.

I can highly recommend them, and will later personally test the vanilla, strawberry, lemon, chocolate and pistachio flavours that we stock.

I like Mice, especially the Mice we have at TAOS Gifts!

Hamlet Cupido Mini Bouchées Belgian Milk Chocolate with a smooth hazelnut praline centre, the ,milk chocolate is thick and delicious, and the mouse has a satisfying crunch when you bit into it, exposing the smooth, creamy praline centre.

I think I had better try another.

A little white mouse this time, creamy, thick white chocolate with a contrasting dark brown centre filled with the gorgeous praline centre. Oh yes,  the white Belgian Chocolate Hamlet Cupido Mini Bouchées Mice get the big thumbs up from me!

I’ve still got quite a selection to work through and it’s hard to make a decision, so I have decided to close my eyes and go for a lucky dip…

A wafer thin dark chocolate in black paper envelope, you can smell the rich dark chocolate straight away, as I bite into it my mouth comes alive with the refreshing fresh minty flavour.

It’s one of Hamlet’s Cupido Royal Mints, very rich indeed! Perfect to give as gifts or serve to guests after a meal.
I have a few individually foil wrapped orange and mint pastilles before I get to the last of my selection, I tried the orange first. Smooth milk chocolate with delicious crunchy orangey bits inside, while the mint ones are rich dark chocolate with crispy minty bits.

Droste Crisp Chocolate Pastilles come in a stylish box and are ideal for parties, gifts and Christmas,

Now it’s the moment I have been waiting for,it’s time to chill out, put on some cool music, imagine yourself somewhere hot and Sunny and enjoy the smooth taste of Caribbean Rum and Coconut in the Turin (Mexico)  Malibu Flavoured Rum Filled Liqueur Chocolates.

Wrapped in the familiar palm trees and sunset Malibu logo, the milk chocolate is infused with the coconut flavour and as the chocolate melts on your tongue the Malibu is released.

Wonderful, I think I’ll have another and another… after all it is friday.

Have a wonderful weekend and don’t forget your chocolate! 😎 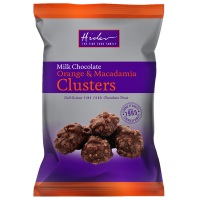 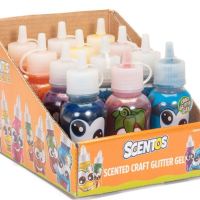 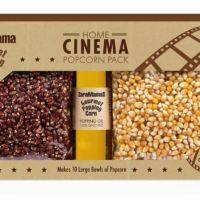 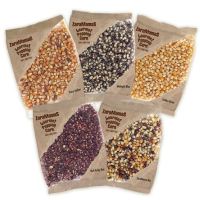 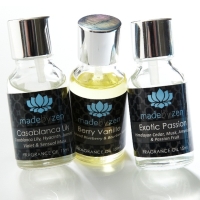 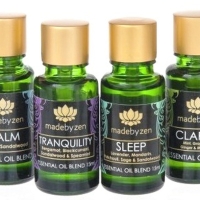 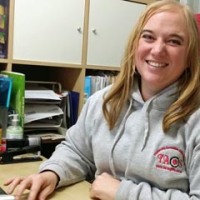 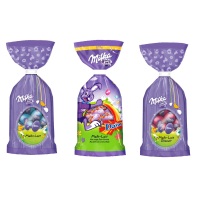 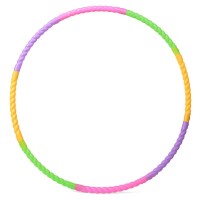